Your browser is out of date.

You are currently using Internet Explorer 7/8/9, which is not supported by our site. For the best experience, please use one of the latest browsers.

3 ways to reduce costs in your process cooling system

Processing applications have seen many changes over the years. We have seen significant advancements in process throughput and increased quality control as well as automation and controls. But one thing has remained surprisingly the same – the cooling systems. What most people do not realize is there are new technologies today that can reduce their industrial cooling system operating costs by over 40%.

Often overlooked or considered not as important as other parts of a manufacturing plant, process water cooling systems are gaining more attention as energy costs and concerns over water use continue to increase. There have been a number of advances in technology that provide increased efficiency to reduce production costs as well as global demand for power and fresh water.

Cut water use by 90% with Adiabatic Fluid Coolers

Most processing facilities have a cooling tower to provide cooling to hydraulics, chiller condensers, and other process equipment. A cooling tower has a fan and evaporates water to produce 85°F process water. While effective at providing cooling, it uses a lot of water and requires water treatment to control biological growth. Cooling towers also expose the process water to the atmosphere and then require constant filtering. 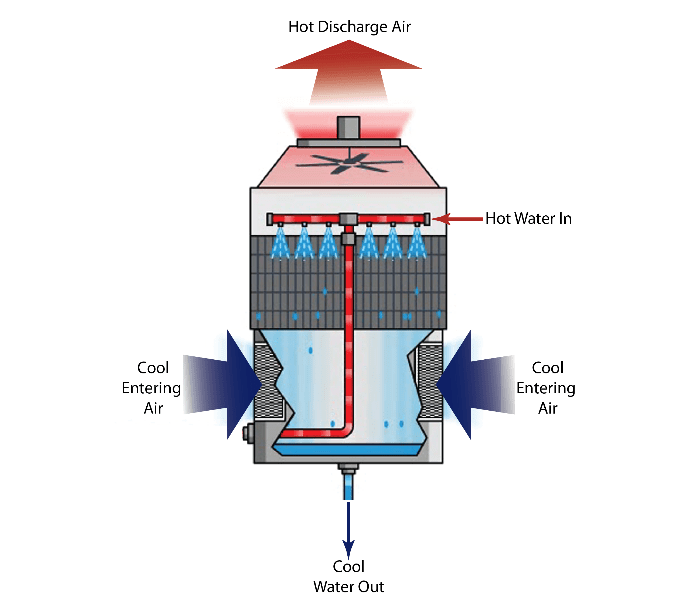 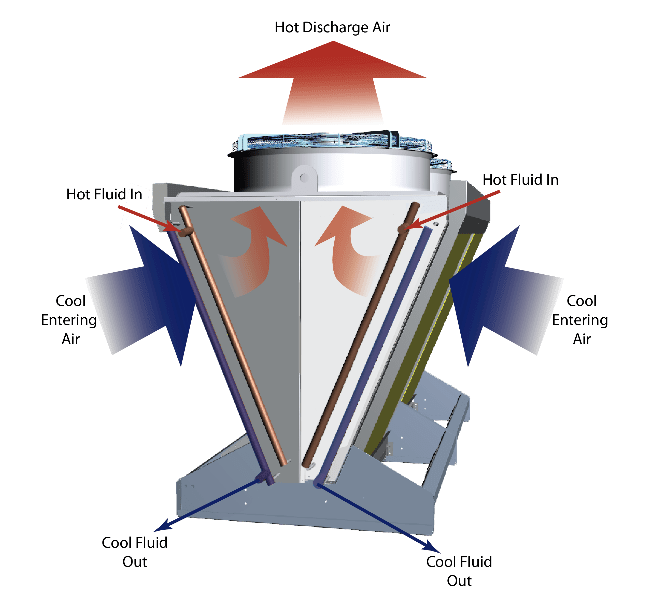 Fluid coolers use less water but are limited by the temperature of ambient air.

With limited resources and a heightened awareness of the need to reduce energy and water consumption, the use of fluid coolers has become a popular alternative to conventional evaporative cooling towers.

To expand the usefulness of fluid coolers as a replacement for evaporative cooling towers, manufacturers have added evaporative pads to their fluid coolers to pre-cool the warm summertime air through a process called adiabatic cooling. Adiabatic cooling occurs by evaporating water into the dry air entering the fluid cooler. As the air absorbs water, it is cooled and the cooler air is able to provide a consistent and stable output leaving water temperature of 85°F to process. 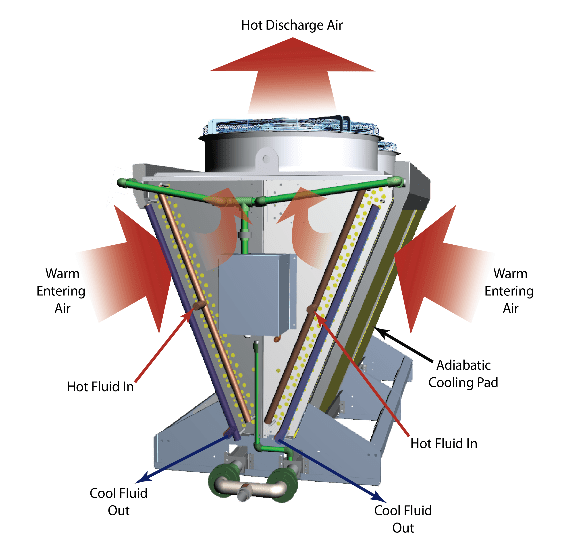 Adiabatic cooling uses evaporative pads to expand effective temperature range and reduce water usage by as much as 90%.

Although this technology uses some water, the system is extremely water-efficient and only needed during peak summertime conditions. The result is as much as a 90% reduction in water use versus a conventional evaporative cooling tower. In addition, the water is fully evaporated and not recirculated, as is the case with a conventional cooling tower, so there is no need for water treatment.

Reduce Energy Consumption up to 34% with Variable-Speed Chiller Compressors

When manufacturing processes require water cooler than 85°F, a chiller is used. A chiller uses refrigerant, a compressor, and an evaporator to remove heat from the process water and cool the process fluid to approximately 50°F.

Compressors and the use of refrigerants have been around since the 19thcentury, and many different types of compressors are used, but until recently they all operated at one fixed-speed. A relatively new technology is variable-speed compressors. With this technology, energy use is reduced by slowing the speed of the compressor to just what is needed for the conditions.

When the compressor slows down, there is a reduction of cooling capacity. Most chiller systems designs use the maximum possible heat load at 100% production capacity of the process equipment to ensure there is always enough cooling capacity. In most cases, the production equipment is operating at much less than maximum capacity so the chiller is ‘over-sized.’ A variable speed compressor is a great way to save this excess energy. 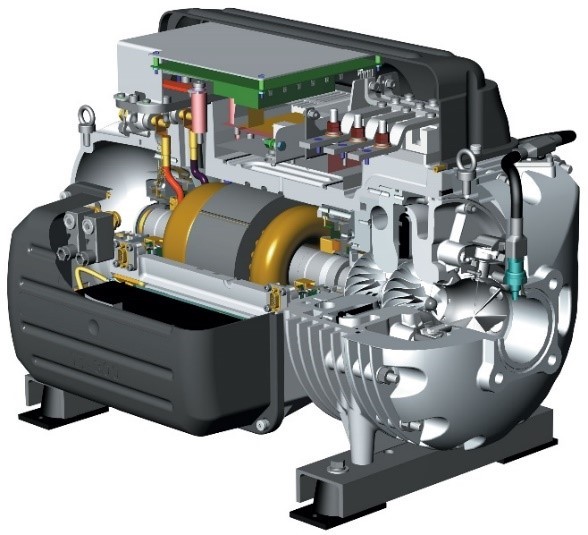 Variable-speed chiller compressors run just at the rate necessary to meet the service demand, which dramatically lowers energy consumption in cooler climates or days of the year.

Power use is a “square relationship,” meaning that as the compressor speed changes the power use changes as a square of the speed change. For instance, if a compressor operates at 80% of its maximum speed, it will use 64% of its full-speed power.

This technology is available in a wide-range of compressor sizes. In addition, this initial equipment cost premium for this technology, depending on the hours of operating and load profile, can pay for itself in 12 to 18 months.

Considering the ever-increasing need for more efficient systems, the newest trend in central chiller system design is to combine the benefits of a variable-speed compressor with that of an adiabatic fluid cooler.

The number of hours of free-cooling increases when the process fluid temperature is warmer. In many applications, the chilled water set point temperature is such that the chiller may only need to run 50% of the year.

Save money without investing in a new system

Raising the process temperature of a chiller increases its capacity. For example, raising the supply temperature from 50°F to 60°F increases the chiller capacity by as much as 15%.